Jon “Elmor” Sandström and his team are the first to break the 9 GHz frequency barrier with Intel’s latest desktop CPU.

It was only a matter of time. The i9-13900K CPU has reached a peak frequency of 9008.82 MHz during a world record breaking attempt. This achievement has

already been shared on HWBOT, and it is now the new world record as per the competition rules. This was achieved with ASUS Z790 ROG APEX motherboard with improved signaling and VRMs for extreme overclocking.

One should note that this is not an all-core frequency, but just one core out of 8 available Performance cores (Efficient cores were disabled). What is also worth mentioning is that this achievement comes exactly two months after the same overclocker managed to break 8812 GHz with the same CPU. 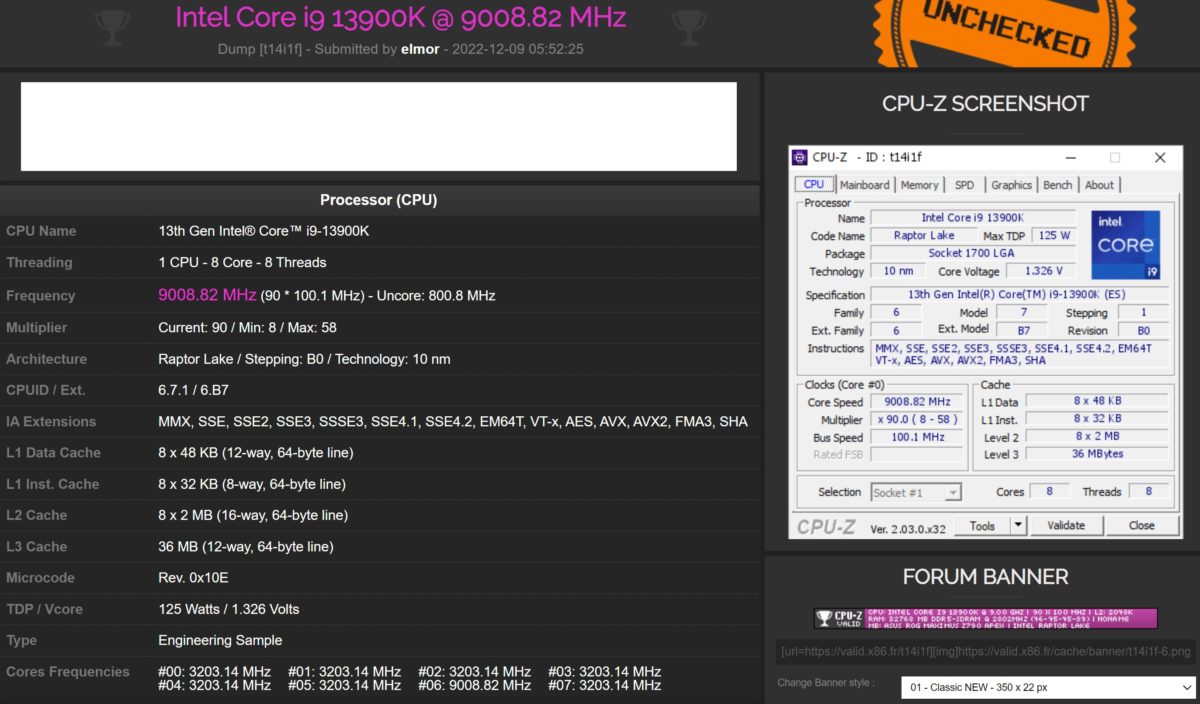